skip to main | skip to sidebar

All Hope Is Gone 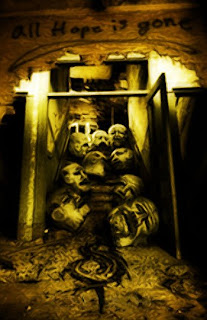 Its a bit to late but who cares. Slipknot will always be my all time favorite band alive. Of coz GNR and Nirvana is on the list but they all dah xder. Even though GNR sebenar nyer wujud lagi (album baru baru jer released) tp aku anggap dah xder sebab GNR yang tinggal hanya Axl Rose. Seperti mane quote dari REVOLVER, "Guns N' Roses (Axl with other dudes)". It sucks!!
Slipknot latest album "All Hope Is Gone". This album slightly different from the previous one (Vol. 3 - Subliminal Verses) but still kick-ass!!
The new album has hit me like a sledgehammer. I have hardly listened to anything else since it has been purchased - yes, I actually BOUGHT it - and it has confided such gentle mercies upon me that I feel an ode to how splendid this piece of work is is in order.
During an interview with Kerrang!, drummer Jordison said, "It's going to be heavier than 'Vol. 3...' but just as weird and as experimental."Vocalist Taylor reiterated this when he described All Hope Is Gone as a "very dark" combination of the band's two most recent studio albums, Iowa and Vol. 3
And sekali lagi Slipknot being nominated in Grammy Awards 2009 for Best Metal Performance. Menang ker tak tau lagi lar but still its a great news for them. Hope they will be touring in Singapore this year (M'sia xleh blah!) kompem aku turun! 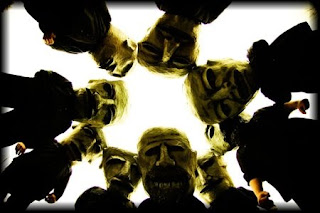 To all of you